Reservations for the same day by phone.

Your table reservation is for 2 hours. If you'd like to have more time, please let us know.

In Labor, Mother's and Father's Day (open from 12.00) we take reservations by phone or contact form.

The story of Kolme Kruunua (‘three crowns’) began in 1952, when restaurateur Irja Örn (1910-1992) together with her husband decided to renovate their café and bar Liisan Baari and turn it into a restaurant. Many still feel that the restaurant serves the very best meatballs, “Pyttipannu” (‘hash’) and fried Baltic herrings in the city. 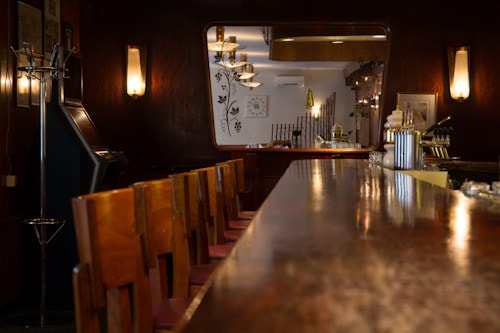 The well-preserved interior of Kolme Kruunua was designed by artist Emil Ruokolainen (1895-1968), who was a renowned decorative painter in his time. His artwork can be found, for instance, in several Finnish schools and churches. In the restaurant, his craftsmanship can especially be seen in the beautifully polished mirror hanging on the back wall.

The glass paintings decorating the windows of Kolme Kruunua were designed and painted by artist Fritz Hilbert (1898-1981), who later became the artistic director of the S. Wuorio decorative painting company.

Kolme Kruunua is one of the few restaurants in Helsinki where the demographic of the customers ranges from twentysomethings to over 80-year-olds. Some of the elder customers who remember their fathers spending time at the restaurant, now, in their twilight years, enjoy the atmosphere of the place themselves. 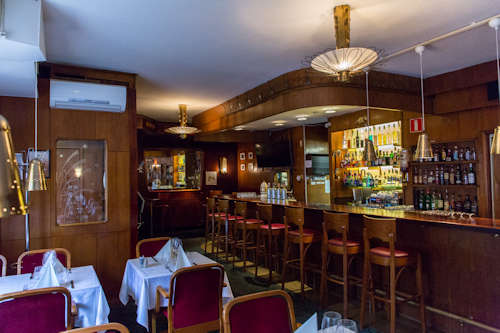 In mid-1990s, the old wine bar was replaced with a bar counter, but otherwise the original interior with its wood paneling, old lamps, glass paintings and glass decorations has been preserved. 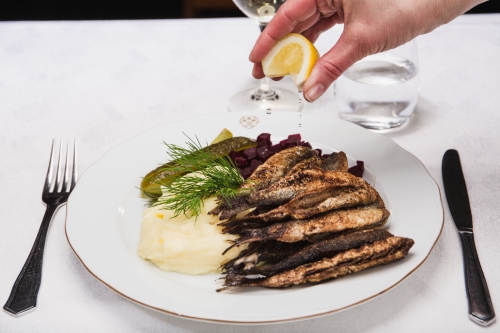